Atlanta is rapidly becoming one of the biggest metropolitan cities in the United States. So much growth is continuing to happen all around the surround areas as little nooks and neighborhoods are consolidating and gaining their own individual identy.As the city grows more families are finding and expanding these neighborhoods providing plenty of new things to do and see with your family apart from the traditional downtown tourist attractions of Atlanta. These are the top 9 family friendly neighborhoods in Atlanta.

The Oakhurst Village created its own identity in 2000 with the construction and rebuilding of its original square.This area of little shops,markets and restaurants has a very quaint and communal feel.Restaurants like Mezcalito’s and bars like The Universal Joint were some of the first to spring up and hold much character.

Being one of the newly refurbished neighborhoods in the east area of Atlanta- its houses and properties are being bought up left and right. Festivals like The Oakhurst Porchfest  and Earth Day at Harmony Park brings everyone in the area together to activate as a community.

The Lake Claire neighborhood is just that.It is a deep green lush neighborhood that has some of the most gorgeous houses nestled between some of the oldest trees and untouched landscapes this area has to offer. Large hills and creeks have all been kept intact with all construction made to coexist with all of nature. The mixed collection of older large Victorian type homes and newer brownstone type housing neighborhoods makes this one of the most sought after places to raise a family in Atlanta. The Lake Claire Pool is a great community pool that has sport events and small festivals at certain times of the year.This neighborhood is a great place to live as its is basically central to all of the neighborhoods in this article.

Ponce de Leon avenue feeds this  area of town is very close to the huge expansion that has been booming around the Beltline.There is a huge amount of things to do with your family all directly connected by the Beltline.The most popular building to take over this area is the Ponce City Market. This huge open air market boasts some of the most innovative indoor design work housing a wide array of amazing restaurants and retail.Foreign street foods to fine dining-these are some of the best places to eat in the whole city and being right off the beltline makes for a fun bike ride with the family

Further down Ponce there are some landmark spots like The Plaza Theatre, historically featuring avant garde cinema festivals and the such, and one of the oldest diners in Atlanta-The Majestic. Make sure you pop into Honey Bubble to get yourself a bubble tea and enjoy some people watching on Ponce. 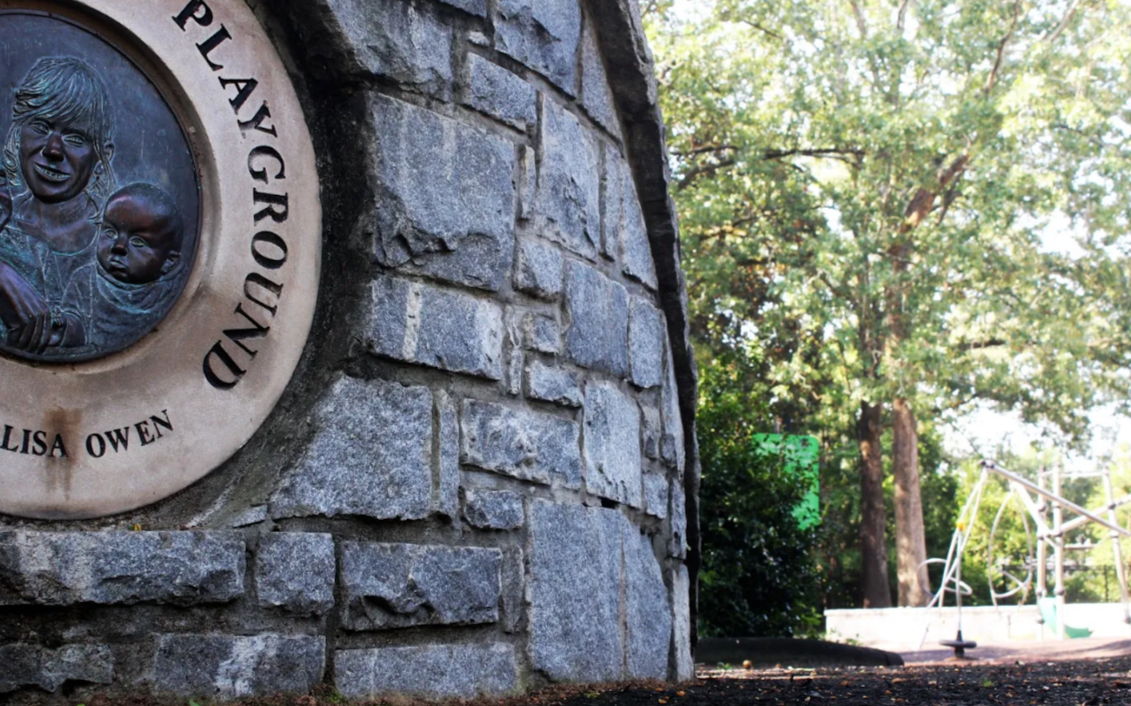 Not just a neighborhood but a city Avondale Estates is the furthest east suburb of downtown Atlanta. The center of Avondale Estates is fashioned after Tudor style architecture and has a wide array of shops and restaurants like the venezuelan Arepa Mia-one of my personal favorites. Originally named after the birthplace of Shakespeare,Stratford-upon-Avon, the architecture is meant to resemble his childhood village. Quaint but up and coming this area also has its own MARTA train stop while still having a small neighborhood feel. Most importantly Avondale Estates was the location of the very first Waffle House which is now The Waffle House Museum. In May, don't miss the May Ham Fest which festival based around barbecue, music, art and family fun.

Inman Park was the first official planned suburb of Atlanta and was also a streetcar accessible up until the 1950. The houses in this neighborhood are amazing and range from smaller shotgun style to gigantic victorian type mansions.One of the first neighborhoods to gentrify and with the latest addition of Krog Street Market and connections to the Eastside trail of the Beltline-it has become one of the most sought after locations in all of Atlanta.

The Highland Avenue section of this area has been newly developed into a massive shopping and restaurant center with tons of living spaces and condos directly above it making it into an instant functional neighborhood.Restaurants like MF Sushi and Char Korean Bar & Grill are some of the local favorites.

The Inman Park Festival has tons of artists booths food trucks and plenty of fun for the whole family.Bonus tip:Make sure to treat yourself to Revolution Doughnuts! You won't be sorry.

This neighborhood is nestled with beautiful homes has a very natural and hippie type vibes-if you will. The center of Candler park is buzzing at the Candler Park Market and they have many homely restaurants like The Flying Biscuit. There is a community land trust owned by the neighborhood but open to the public featuring natural amphitheatre, sweat lodge and in town farming at its best. Candler Park itself is a gorgeous park with rolling hills, playgrounds, neighborhood pool, tennis and basketball courts.Their is also a golf course attached to the park with a path that leads all the way to The Carter Center and The Little Five Points art,retail and restaurant district. This area also has The Fernbank Museum which has some fascinating exhibits and a massive IMAX theatre. It also has its own MARTA station that can get you to downtown with ease.

This affluent neighborhood is considered to be one of the oldest in-town neighborhoods in Atlanta.The bustling center at Virginia Avenue and Highland Avenue hosts some very eclectic shops like Art Bath Soul and some amazing restaurants like The Highland Tap. Many festivals happen here including Summerfest, which is considered to be one of the biggest in the southeast. This neighborhood has its own parks like John C. Howell park and is super close to the massive Piedmont Park. Inman Middle school is one of the higher ranking middle schools in Atlanta and the Highschool stadium is smack dab in the city. 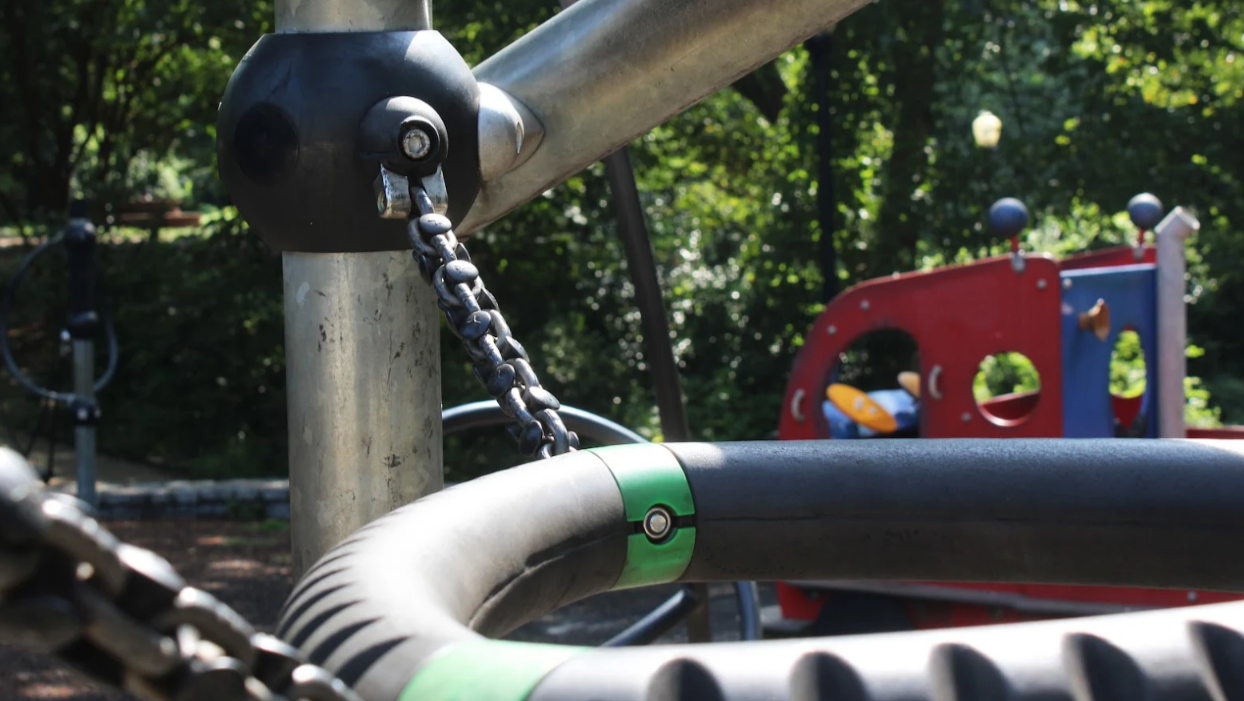 The Kirkwood neighborhood is a rapidly grown neighborhood that had formed its own new identity around 2003 with a 1.5 million dollar streetscape project.This created a central area of Kirkwood that has some great restaurants like La Petit Marche and Elmyriachi. There is a sizable greenspace named Bessie Branham Park. Many festivals are hosted at this park like Kirkwood Spring Fling and the Kirkwood Family Find an easter egg hunt sponsored by the city. Many houses being renovated and new ones being built are making this area a great place to live as well.  Interestingly enough,Kirkwood was considered one of Atlanta's first streetcar suburbs that offered service to downtown from 1910 till the early 1950s!

Decatur is actually not in Atlanta proper but it is basically connected to the city. Decatur is rapidly becoming one of the hottest areas around. The combination of good schools,beautiful neighborhoods and its own downtown square complete with Marta station in the center has families flooding into this area. This square is loaded with some of the best restaurants that the state of georgia has to offer like The Iberian Pig as well as retail shops too. With a tight sense of community the have many local events like the Decatur Arts Festival and the Decatur Lantern Parade. The school district ranks highest on the state as well. With two newly built recreational centers-the city offers team sports for kids of all ages as well as a brand new high school football stadium. This neighborhood-deeply rooted in eco friendly concepts and organic foods-hosts one of the largest farmers market in the state and is truly an adventure in fresh and foreign foods Your Dekalb Farmers Market. Emory college campus is huge and even has a small little dining and retail area that has great restaurants like The General Muir as well.

The city of Atlanta is a big place with SO much to offer. As it grows its sprawling metropolis the connecting neighborhoods grow as well. Many families are choosing to live in town creating nooks and regions of family oriented activities that aren't the common-run of the mill- tourist traps that most people are directed to. With no doubt these places listed are rich with plenty of ways to spend the most important free time with your family. Enjoy!

Have An Idea For a